In our previous post, we looked at how Florida-based Stiles Corporation used Reality Computing to cost-effectively create an as-built for installation of a new 8.5-ton chiller during a renovation project. Today we’ll profile how McCarthy Building Companies used Reality Computing to create as-builts for a new medical complex in Oakland, California—concluding this series of posts on the Myth of the As-built. 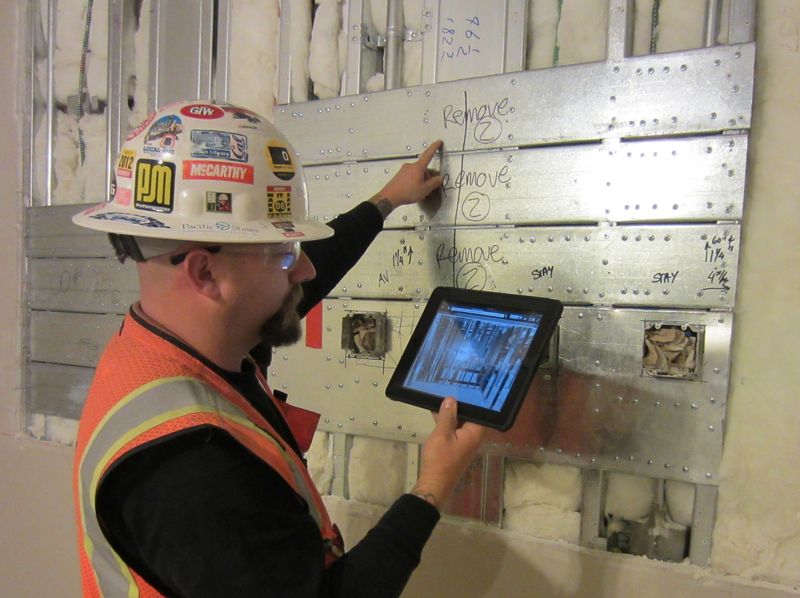 McCarthy piloted the use of augmented reality (AR) on the project, enabling workers on site to ‘see’ the as-built conditions behind a wall or above a ceiling by looking at 3D digital model or a laser scan of that space.
Image courtesy of McCarthy Building Companies, Inc.

On the project, McCarthy piloted the use of augmented reality (AR). A customized application running on a mobile device enables users to scan a QR code when entering a room, and access 2D drawings and other relevant project documentation such as equipment warranties and manuals. It also allows users to ‘see’ the as-built conditions behind a wall or above a ceiling by looking at a 3D digital model or a laser scan of that space.

As such, a key element of this AR application is the use of point clouds supplementing traditional as-built information. McCarthy used 3D laser scanning to capture the as-built environment during final construction inspections, when all the building systems and infrastructure were installed but before the walls and ceilings were closed up. These point clouds provide accurate as-built information throughout the facility that can be used by Kaiser Permanente’s facilities team to minimize the impact of repairs or upgrades. For example, instead of closing down an entire operating or patient room to open up a wall, a laser scan will help them pinpoint the relevant service and quickly cut a small hole for a repair. 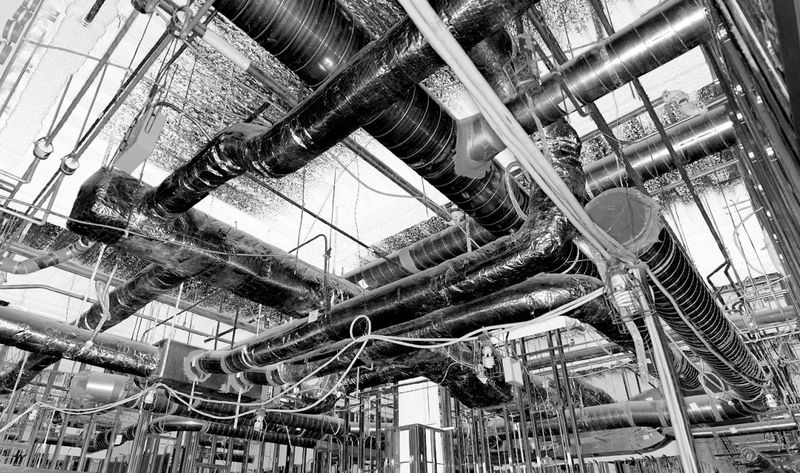 McCarthy also used Reality Computing for change management during construction. On a complex hospital construction project that spans several years like this one, medical technologies and processes may change multiple times, necessitating many change orders. The scanned reality data reduced the impacts of field changes because McCarthy knew the exact location of pipes, electrical conduits, and other building systems hidden behind walls and ceilings. Instead of wasting time opening up a several feet of wall to locate (for example) connections for a new piece of equipment, scanned reality data helped workers precisely locate and quickly access the hidden system when changes were needed, keeping the project on schedule and within budget.

In recognition for its work on this project, McCarthy received three awards from Fiatech, an international community of global leadership organizations focused on innovation in the capital projects industry. The CETI Awards (Celebration of Engineering & Technology Innovation) recognize organizations who have made significant strides in the engineering and technology fields. One of McCarthy’s CETI Awards—in the New Materials, Methods, Products, and Equipment Category—honored the firm for helping to validate the benefits of value-added change orders and as-built information for future renovations.

No one questions that conventional as-built models are more useful than 2D drawings, particularly with the amount of metadata models can contain to support the management or renovation of facilities. But Reality Computing combined with geometric modeling is proving to be a better way to document as-built conditions. Or as Rönnäng advises, “Scan what you have and model what is new”. In the end, Reality Computing makes as-builts less costly to produce and more accurate.

This concludes our Myth of the As-built blog series. Click here to download these posts, combined into a printable paper for easy viewing, printing, and distribution.

For further reading and background on as-builts, here is a sampling of some online references:

Posted by The Reality Computing Team at 07:13 AM | Permalink