Our last blog post explored why Reality Computing is particularly well suited for civil infrastructure projects. The next several posts will look at the three components of Reality Computing—capture, compute, and create—through the lens of a civil engineer.

For civil infrastructure projects, the physical world is usually digitally captured using photogrammetry, ground penetrating radar, or 3D laser scanning. New capture capabilities are being introduced in ever more varied devices, such as scanners or digital cameras mounted on drones.

Some of these data capture techniques have been used for decades to produce high-resolution models, but were cost prohibitive for most projects. In the past several years, new technology (in the form of both hardware and software) makes capturing the physical world less expensive and time consuming. For example, 3D laser scanning (also called LiDAR) is a relatively new technology that is quickly becoming an infrastructure industry standard for collecting data. The accuracy and sheer quantity of the data, and the speed at which it can be gathered, is opening up new possibilities in a sector that has been technologically stagnant for many years. Though many design and construction firms outsource data capture services, there is a growing trend for insourcing these capabilities as the technology becomes more accessible and no longer requires specialty firms or training. 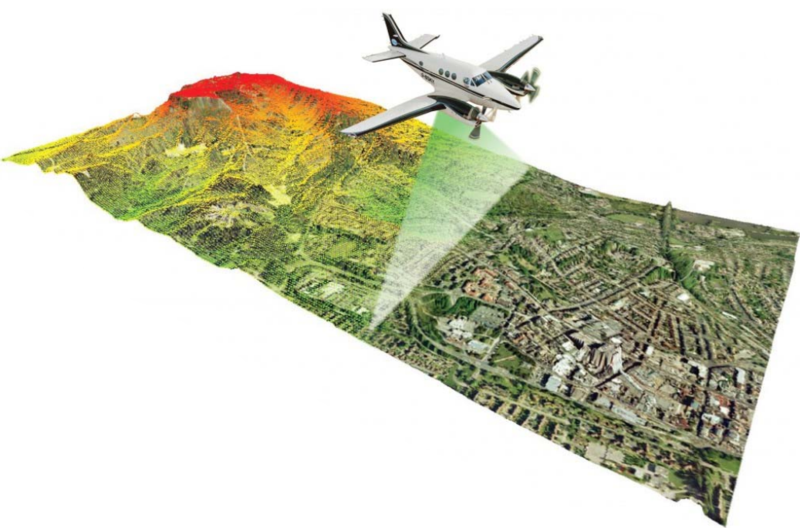 Existing conditions are often captured using a variety of technologies. For example, to document the existing conditions of an airport, the runways and surrounding terrain could be captured with laser scans, supplemented by traditional survey information for positional accuracy. Digital photography and photogrammetry software could be used to document the airport terminal and other existing structures.

There is a variety of 3D laser scanning methods. For civil infrastructure projects, the most common are airborne laser scanning, mobile, and terrestrial.

Digital photographs and photogrammetry can sometimes be a viable alternative to mobile or terrestrial laser scanning. Close-range or aerial photogrammetry can be a faster, less-expensive capture method for smaller scale civil infrastructure projects, such as bridges and roadway intersections.

Underground scanning using ground penetrating radar (GPR) and thermal imaging can also be used to capture existing conditions in the area of infrastructure projects. These methods can be used to locate buried structures, map underground utility lines, or detect other buried objects in the ground. GPR can also be used to non-destructively test the integrity of reinforced concrete structures, investigate concrete or masonry retaining walls or sea walls, and map the spacing of rebar.

Beyond providing very accurate existing conditions information, 3D laser scanning and these other methods of digital data capture can also be invaluable in assessing areas that are difficult or dangerous to access. For example, scanners mounted on drones can be used to capture the face of a dam or the topography of open pits, or inspect the condition of underground mines during construction or extraction to review safety or calculate volumes. For dangerous environments such as collapsed tunnels or mines, failed construction areas, high-voltage transmission stations, or radioactive sites, 3D laser scanners mounted on robots or drones can safely capture the physical conditions. 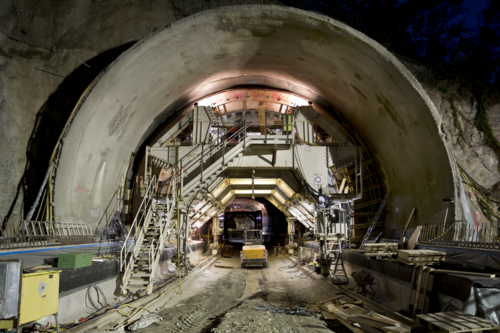 3D laser scanning and other methods of digital data capture can be invaluable
for assessing areas that are difficult or dangerous to access.

Reality Computing relies on data that captures the rich detail and variety of the physical world. This format of this data is typically point clouds (from laser scanning) or high-density 3D meshes (from photogrammetry). This data is very different from the descriptive and analytic geometry commonly associated with CAD or BIM software tools. Some scanning technology captures both XYZ coordinates and color, producing point clouds that are visually easy to understand—much like a 3D panoramic photograph that you can walk through.

The next post will explore how captured reality data can be brought into 3D modeling software to provide physical context during the design, construction, refurbishment, or management of infrastructure.

Posted by The Reality Computing Team at 11:31 AM | Permalink