Apple getting realer about Reality Computing 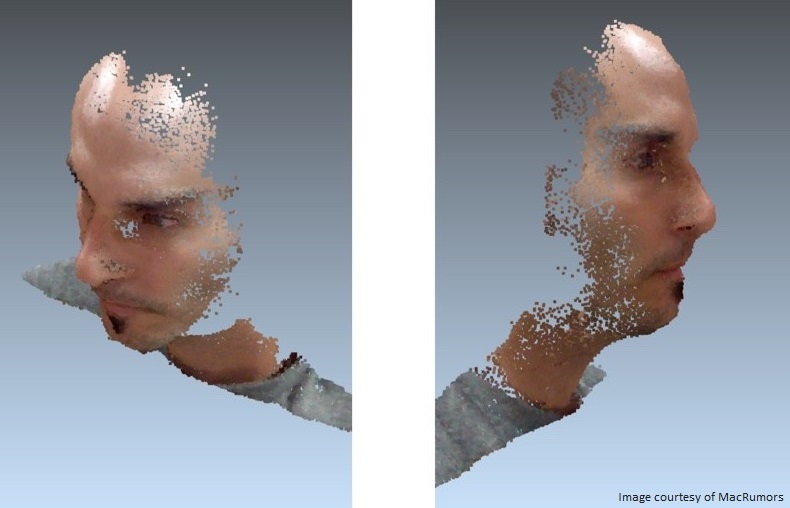 Point cloud from a single frame

The multiple lens are used to calculate tiny discrepancies between images taken at the same time, enabling the creation of detailed 3D depth maps. By capturing both depth information and color, the LinX cameras can create 3D point clouds of objects from a single frame. By combining frames taken from different angles, a point cloud of an entire object or scene can be captured.

That scanned data can then be used in a variety of way (the ‘compute’ part of Reality Computing). For example, you could add or remove objects from a photograph, or use the 3D scanned image of a face in facial recognition software, or calculate the distance between points in a picture.

Once cameras like this become mainstream, everyone will basically have a 3D scanner in their phone…the possibilities are endless!