Reality Computing is helping to transform a century-old decommissioned coal-burning power plant into a new student center for Wisconsin’s Beloit College. The renovated facility will include a conference center, lecture hall, theater, pool, fitness center, gym, and a suspended track winding through the structure. In a nod to the building’s former role, some coal bunkers and steel tubing from the original plant are being preserved and incorporated into the design of the new facility.

The building’s age as well as its numerous catwalks and stairways rendered the existing as-built plans unreliable. So to facilitate their design effort, the project’s design team contacted TURIS Systems, a Wisconsin-based technology consulting group, to capture existing conditions of the building and develop accurate as-built documentation. But the current building is crowded with power generation equipment and many areas of the building and its steel structure are too far out of reach to measure by hand. 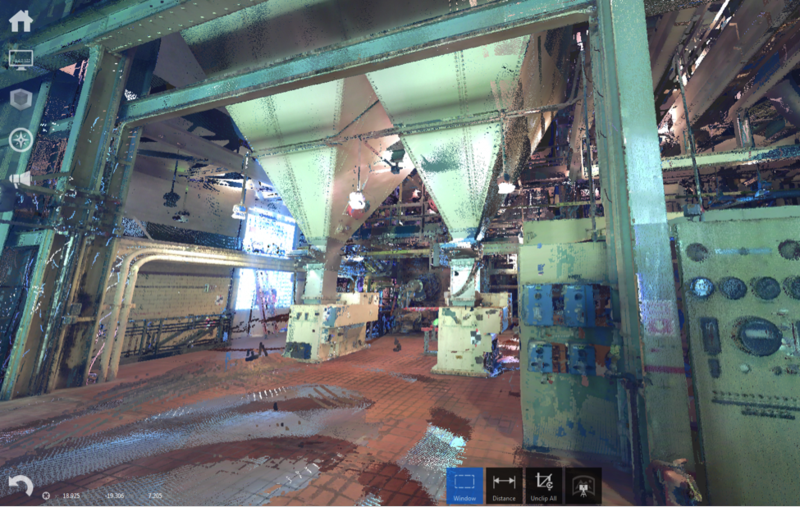 Reality Computing was used to capture and develop as-built conditions for this century-old power plant, being renovated into a new Beloit College student center. 277 scans were used to capture point cloud data such as this.
Image courtesy of TURIS Systems.

So TURIS turned to Reality Computing in the form of laser scanning (capture) and 3D modeling (compute) to document the as-built conditions. Limited line-of-site issues required TURIS to perform 277 scans to fully capture the building. They used Autodesk ReCap to register the scans and then, with point cloud data as a reference, used Autodesk Revit to model and document the existing building structure, MEP components, power generation equipment, and so on. This accurate as-built information was then turned over to the project architect (Studio Gang) to guide their design effort. The whole process required only three weeks to complete, whereas the design team had budgeted a couple of months to capture that same amount of data—saving time and delivering more accurate information.

For more information about this project, check out this case study video from TURIS. In addition, this AECbytes article, Putting Point Clouds to Work: Then, Now, & Later, profiles the project and also has some very interesting descriptions of how TURIS is using Reality Computing for construction and post-construction applications.