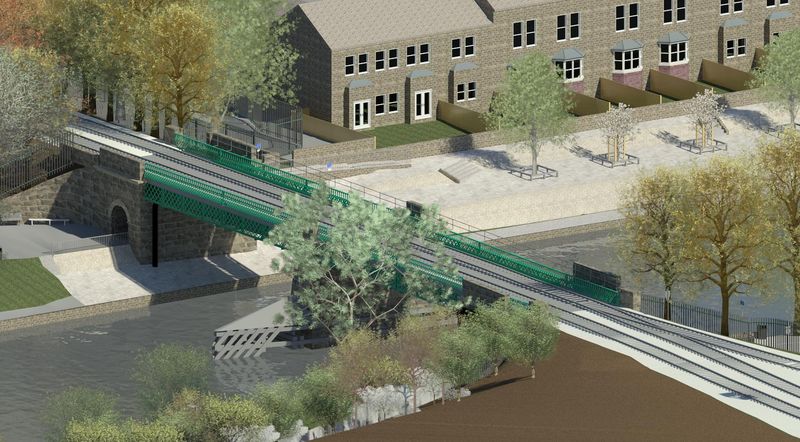 A railroad bridge in York, England dating from the mid 1800’s was recently renovated with the help of Reality Computing. Network Rail (the UK authority responsible for the Britain’s railway network) needed to make major repairs to the Scarborough Rail Bridge. The project involved the design and reconstruction of the cast iron structure that crosses the River Ouse—replacing the ornate but aging bridge with an aesthetically similar structure that can also accommodate today’s heavier steam engines.

The bridge is in the middle of a residential area with narrow streets as well as being close to several important rail lines. Network Rail used a model-based workflow, Autodesk software, and Reality Computing to design and build the replacement bridge, and coordinate the new structure with the existing sub-structures and its surroundings.

Laser scanning and ReCap was used to capture the existing conditions of the bridge and the surrounding environment. Cloud-based processing was essential for this reality capture step, as the point cloud was over 30-gigabytes and Network Rail's IT assets could not handle such large data sizes.

Designers used this existing conditions data in Revit as a reference for their design efforts. Navisworks was used to capture the work of all the disciplines and for virtual clash detection to coordinate the project. In addition, Reality Computing and the visualization capabilities it offered gave the extended project team and other stakeholders a better visual understanding of the design and the proposed construction techniques. As a result, project stakeholders had confidence that the complex structure was going to fit the existing environment and was buildable. And since the bridge is located in a prominent part of ancient York, accurate visual representations of the project also supported planning approval and public outreach efforts.

Click here for more project images, or here (page 54) for more information about the project.

Posted by The Reality Computing Team at 01:06 PM | Permalink